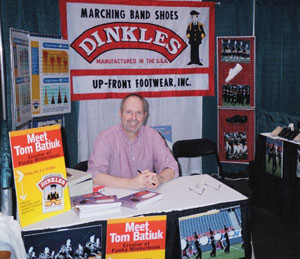 Tom Batiuk (rhymes with “attic”) spent several years as a high school teacher before creating Funky Winkerbean, the celebrated comic strip distributed by King Features Syndicate to more than 400 newspapers nationwide. Batiuk has been recognized for his bold yet sensitive approach to real-life issues. Batiuk’s Funky Winkerbean began in 1972 as a laugh-a-day look at high school life and has matured into a series of real-life stories, highlighting such sensitive social issues as alcoholism, cancer, teen-dating abuse, teen suicide, guns in the school and teen pregnancy. These groundbreaking series have placed Tom Batiuk at the forefront of a new genre in comic art history. His bold characterizations and dramatic plots engage his readers (teens, parents and educators alike) in stories with which they can identify. The strip’s popularity has steadily increased among all age groups.

Batiuk was born in Akron, Ohio, in 1947, and his first cartoons were published in his elementary-school newspaper in Elyria.

He won a national scholastic art award in high school, and credits his art teacher with influencing his decision to pursue art as a career. After graduating from Kent State University with a bachelor of fine arts degree and a certificate in education, Batiuk taught arts and crafts in Elyria at Eastern Heights Junior High.

While he was teaching, he began drawing a panel for the teen page of the Elyria Chronicle-Telegram in 1970. His years of teaching crystallized his interest in drawing a comic strip about teen-age students.

That led to the creation of “Funky Winkerbean” in 1972. Students in his art class helped him come up with the name.

At a young 25 years of age, Batiuk held a viewpoint close to that of his subjects and so could identify with his young readers.

In 1986, he endeavored to capture the struggles of real teenagers to cope with the most sensitive of issues. It was with more than a little trepidation that Batiuk set out to explore the issue of teen pregnancy, a subject never before tackled in comic strips.

I was concerned that perhaps a comic strip wouldn’t be considered the proper place for such a topic,” he said. Batiuk added, “I finally decided that I shouldn’t let fear of controversy keep me from discussing a topic that deserved continued attention.” His courage paid off, as the story line received widespread public support, generating more than 60,000 requests for reprints from teens, parents, teachers and community groups all across the country.

In 1987, Batiuk did a story on two students with dyslexia. Batiuk relied on the assistance of the prestigious Gow School for Dyslexia, and managed to bring national attention to the often-misdiagnosed reading impairment.

Batiuk continued to stretch the boundaries of comic strips in 1995, when he created a special series in which Susan Smith, an A-plus student at Westview High, discovers that her love for teacher Les Moore is unrequited. Despondent, Susan attempts suicide. The series generated tons of mail, including this comment from a New Jersey reader: “You did an extraordinary job of leveraging characters and creating a story line so compelling that (while traveling) I’d call ahead to ensure the availability of a newspaper that featured Funky Winkerbean.”

The suicide story inspired other news media across the country to address the sensitive subject, offering advice and local resources to help troubled teens and their families.

In 1994, Batiuk addressed the frightening issue of guns in the classroom.

In 1996, Batiuk created a special reality-based series in which one of the strip’s characters is critically injured when a bomb explodes at a post office. The timing of the series was particularly poignant, as the nation expressed its collective grief that July over the tragic crash of TWA Flight 800 and the bombing that marred the Olympics in Atlanta.

In 1997, Batiuk read a local newspaper article about the struggle the owners of his favorite Chinese restaurant faced in starting a new life in America, and created a series about racial discrimination.

In 1998, Batiuk confronted the issue of teen-dating abuse in another “Funky” storyline featuring Susan Smith. When she begins dating Matt Miller, “a big man on the high school campus,” she is abused physically by him, and she is caught in a cycle of violence and then lying to cover up the violence.

In 1999, Batiuk introduced one of his most definitive series when one of Funky Winkerbean’s main characters, Lisa, discovered she had breast cancer. Batiuk worked on Lisa’s Story for about four years, outside of the ongoing “Funky” strip, which he says allowed him time to do the necessary research, writing and rewriting that such a complex subject required. His storyline looks beyond the statistics and gives the disease a face readers know and sympathize with.

When Batiuk began his compelling breast cancer storyline in January 1998, there was some concern over whether such a serious subject belonged on the funny pages. But after nearly two years of overwhelming support from breast cancer organizations, the media and survivors around the country, “Lisa’s Story” showed that not even cancer can impair the funnybone.

In October, 2000, “Lisa’s Story” returned as an inspirational book created in partnership with the National Alliance Of Breast Cancer Organizations (NABCO). The book, published just in time for National Breast Cancer Awareness Month that year, approaches the sensitive topic of breast cancer with openness, humor and tact. Available at bookstores nationwide, (Perigee, $12.95, ISBN: 0-399-52666-8), “Lisa’s Story” includes the full Funky Winkerbean breast cancer comic strip series examining the complex physical, psychological and social issues that Batiuk’s character Lisa and those around her face in living with the disease. In addition, the book features a comprehensive list of medical, practical, personal and support resources for breast cancer patients, survivors and their families to use to help get through their own breast cancer story. “Lisa’s Story” also includes excerpts of letters from survivors, family and friends about how the original comic strip series touched their lives.

Realizing that there are many strips on the comics page for readers interested in a fantasy world, Batiuk strives to provide an alternative by creating more powerful and real stories.

“My job is to present stories that will interest and engage newspaper readers,” he says. “In doing so, I try to make the humor authentic and natural so that my characters are reacting just as the reader might. I think that mixing humor with serious and real themes heightens the readers’ interest.”

Batiuk won accolades and awards from his peers as well as from educators and professional and civic organizations across the country for his outstanding treatment of serious social issues. He received the 2002 “Friend of Education” Award from the Ohio Education Association, which recognizes a person or organization whose leadership, acts and support have contributed to the improvement of public education on a statewide or national level. Batiuk received the 2001 Ohioana Citation in the Field of Art by the Ohioana Library Association, which recognizes individuals for their distinguished service and accomplishments in a specific field or area in the arts and humanities. In 1999, the Duke Comprehensive Cancer Center presented Batiuk with the “Jonquil,” an award presented to distinguished individuals and organizations who have made significant contributions in the fight against breast cancer. He received the Ohio Governor’s Award in 1996, and, for the body of his work, the coveted Media Citation Award from the Journalism in Education Association in 1995.

Because of the popularity of his Funky Winkerbean character Harry L. Dinkle, “The World’s Greatest Band Director,” and because of his own contributions to education, Batiuk has been named an honorary member of several state music educators associations.

In 1986 he received the distinguished service award from the Music Educators National Council. Harry L. Dinkle also was honored as spokescharacter for MENC’s public awareness campaign, as well as for the March of Dimes Birth Defects Foundation’s WalkAmerica event and the Child Welfare League of America’s “Showing You Care” two-year awareness campaign. In addition, in 1988, Batiuk received the Band Directors of America Medal of Honor.

In 1989, the “Funky” characters became the first comic-strip stars to march in the most spectacular parade of them all: the 100th Rose Bowl Parade. Comic art imitated real life in a special series as readers of the strip followed the Scapegoats on the road to the Rose Bowl. Naturally, Westview’s very own marching band topped the best bands in the country, and its Pasadena appearance was a triumph.

In 1991 the California Teachers Association gave Batiuk its highest media honor for his contribution to the public’s understanding of education issues. And Batiuk’s “Funky Winkerbean Wild … About Reading” campaign won first place in the American Library Association’s 1991 Best of Show contest.

Batiuk has created other strips as well. In 1979, he launched into syndication “John Darling,” the adventures of a fictional talk-show host featuring celebrity caricatures. Batiuk co-created the strip with Tom Armstrong, who continued to draw the comic until 1985, when artist Gerry Shamray took over. Batiuk literally killed off “John Darling” in 1991, when the talk-show host was shot in the final strip!

Batiuk created his third comic strip, “Crankshaft,” in 1987. Based on the irascible school-bus driver in “Funky Winkerbean,” it appears in nearly 300 newspapers.

In his spare time, Batiuk enjoys reading, listening to music and playing tennis. He resides in Ohio, with his wife, Cathy, who is a teacher, and their son, Brian. 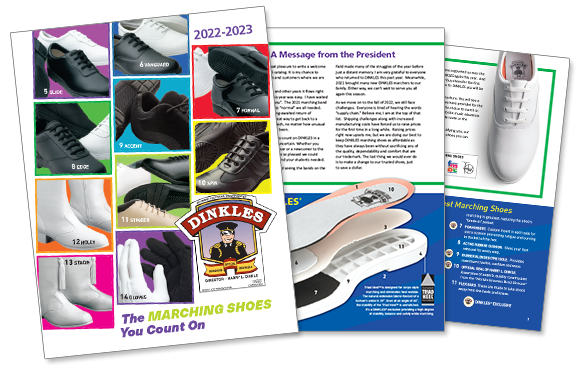